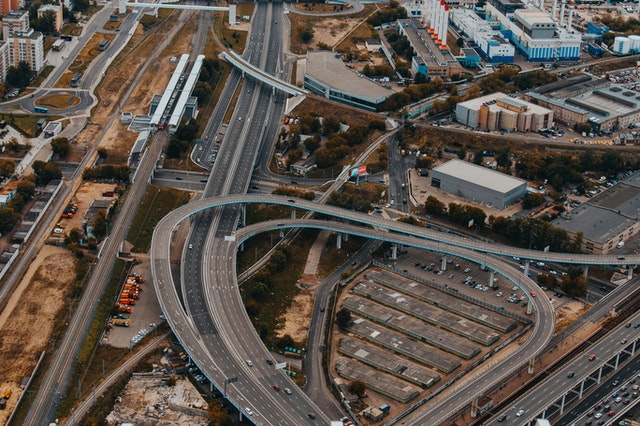 I’ve put in a fair share of miles commuting to the office. Some of my office locations were just a short jaunt away through city streets, some a longer trip on major arterials, and some others were the proverbial hour-long slog running into hundreds of miles per week. Out of all of those travels and experiences, one of the most counterintuitive was my HOV lane position in heavy traffic.

There’s a couple schools of thought around optimal HOV lane commuting on a busy (read: jam-packed) freeway. One of these is the “Visibility-First” school. The idea where you run closer to the right side of the lane to ensure that motorists can see your headlight better and not have it blocked by the car in front of you. To make this work, logic indicates that you’d need to run a shorter, closer following distance to that car ahead of you to ensure that nobody gets the bright idea that your following distance is a great spot to swerve into the carpool lane.

Surprisingly, tens of thousands of miles of commuting indicate that this right-lane positioning just doesn’t work. I don’t know if they don’t see my headlight in their side mirror from that shallower approach angle. Maybe car drivers simply misjudge the gap size. Often I get motorists trying to shift directly into me as if I weren’t there. If I roll along the HOV double-stripe in the lane positioning for splitting, I get plowed.

Conversely, when I slide my following distance back a little and stay on the left track, I rarely see cars lane-changing in front of me. From this lane position, I do frequently see cars start their lane-change and then stop as they notice the motorcycle there. There’s been a few oblivious cases over the years, mostly solved with a short horn blast. Unsurprising. But in all the hours I’ve spent crawling through slow interchanges, it’s worked much better than the right-hand lane position.

Safety advocates point out that a left-side lane position is safer, and this is true. I fully expected the left-side positioning to give me more space to deal with traffic. The real surprise for me was that left-side position actually reduced the number of people cutting me off even though the gap is bigger.

Why Not Compromise On The Center?

You’ll note that I don’t recommend the middle ground of riding down the center of the lane. Considering the number of buses dropping various fluids in the center of the lane and the countless number of hours that it drizzles in Seattle but never rains hard enough to wash that stuff away, I don’t ride the center lane-position regardless of what the state Motorcycle Endorsement Handbook and Proficiency test would indicate.

This one is perhaps first in a series, so please keep an eye out for additional articles and tidbits of wisdom in this vein in the future at MotorcycleCommuter.com.