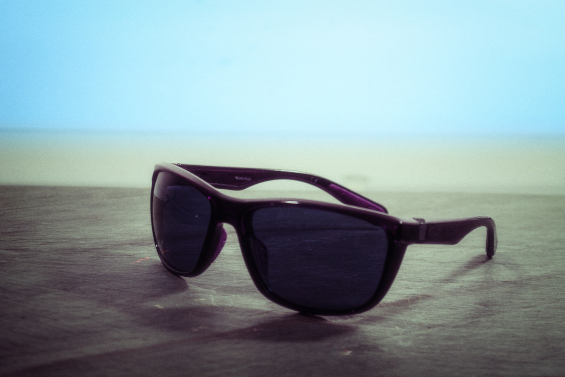 It’s the last thing you’d expect in a town with a dreary reputation and a well-earned soggy reality. Seattle is reputed to have the highest per-capita purchases of sunglasses and similar eyewear. A situation not surprising to any long-time Seattleite, we usually have enough time between sunny days to lose our previous set. But for the Pacific Northwestern moto-commuter, it’s a more serious matter If you ride in the direction of the day-star, you catch a nasty glare of the damp concrete that can obscure vehicles and blind the eye.

Up here in the Drippy North-Wet, the sun is awfully low to the horizon in winter but it rarely snows enough to put our motorcycles completely away. And on those rare occasions when the December sun pops out, it’s usually a mere 20 degrees off the horizon. In the autumnal and late winter months, that happens right around drive time, and it’s a pure misery.

Obviously, wearing sunglasses won’t help the guy behind you see any better, but you’ll have a safer and more comfortable ride that allows you to see the escape routes without squinting. And who wants to arrive home with a headache from making those poor abused eye muscles squint into the sun? I’m sure everybody’s aware of the ubiquitous Wayfarers and Oakleys, so here’s a few other considerations to suit the needs of the serious Moto-Commuter.

Several manufacturers offer helmets with an integrated sunshade that gives your protection from eye-searing brightness at the flip of a lever. These helmets have a small tab on the side of the helmet. This lowers a tinted shade between the wearer’s eyes and the opening of the visor port. This provides the rider with some eye protection without having to pull over. It’s a handy little feature, and like many things that started on premium helmets, is now available on mid-range and economy models.

While it’s more expensive to shop at your local bike shop, it’s still better to shop in-person for helmets. Doubly so, in the case of these more complicated helmets. It will give you an opportunity to try the helmet on and see if the lever operates naturally for you. Especially if you already wear eyeglasses.

You could consider tinted visors the “traditional” solution here. For decades, even 70’s-era bubble helmets, you could buy tinted plastic visors. While it’s not the most innovative solution, getting a tinted visor for your helmet has a few advantages that are hard to beat.

One of the most overlooked advantages of a tinted helmet visor is its UV protection rating. Unlike many of the solutions here, tinted visors are the most likely to offer standardized UV protection ratings. Look for helmets that specifically call out coverage of the UV-B wavelength. Any plastic will block UV-A, but UV-B is the most damaging and not all visors will block it sufficiently. A 95% UV-B coverage rating should be a good minimum.

One of the disadvantages of using a tinted visor is the need to carry another for riding at night or inclement days. Tinted visors reduce the ability to see into the shadows, which are longest at sunrise and set.

Carrying a spare visor is a pain due to the odd shape, fragility and bulk. One of the best solutions I’ve found for this is a motorcycle visor carrier. These have soft fabric on the inside, cordura on the outside, and a nylon shoulder sling. You just wear the “bag” across your chest under your riding jacket like a chest holster.

Tinted visors also come in a variety of tints. The common light and dark smoke tints are a perennial favorite. Some manufacturers offer orange “blue blocker” visors that make the reds really pop in misty conditions. My favorite is the mirror tint, while the finish is often soft it does a great job of keeping the summer heat out.

A number of products on the market promise cheap and easy eye relief without having a carry a spare visor. These shockingly overpriced products just attach some tinted film to the inside or outside of your visor.

A cheaper and easy solution to that problem is electrical or painter’s tape.

Painter’s tape won’t leave a residue but gets soggy in the rain. Electrical tape will stick long after those fancy tinted trim pieces have flown away to lie in the roadside but sometimes leaves a residue. But all you need to do is carefully lay a strip of tape to the top of the visor where the sun comes in. A few minutes of work and you’re back on the road.

You really can solve this problem with some cheap tape. Especially since of these products are shockingly expensive, with a strangely bimodal distribution to their reviews. A commonly-seen brand on Amazon has 700 reviews, 90% of which are either 1-2 stars or 5 stars. You do the math.

Perhaps an unlikely choice for the fashion-conscious rider, Adventure (or “ADV”) style helmets are immensely practical. As a defining feature of adventure helmets, they’re sure to be offered with an off-road-styled “beak”. These beaks can make great sunshades if the openings in the beak aren’t too large and the beak can be adjusted low enough to block the sun shining in.

The long-distance world travelers often swear by these types of helmets. If you aren’t usually riding into the sun at a low-angle, an ADV helmet might just be the ticket for your urban moto-commute.